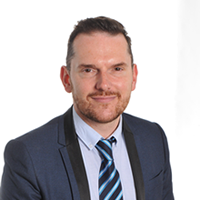 Nicholas Edensor has been a head teacher for 10 years. He is currently on his second headship at Beeston Primary School. He specialises in effective strategic leadership and management and in improving teaching and learning across schools. Nicholas has been a LLE for 5 years and has supported various schools across Leeds in developing key aspects of school improvement.

Beeston Primary School is a large inner-city three-form primary school with approximately 700 pupils. The school prides itself on the high standard of teaching and pastoral care. On entry data for the school is below average but due to the good progress made across all key stages, pupils’ attainment, at the end of Key Stage 2 is broadly average.

The school is situated in an area of high deprivation. Pupil mobility is increasing and there is a high percentage of disadvantaged pupils. EAL pupil numbers are growing due to many new arrivals to the country settling in the Beeston area of Leeds. 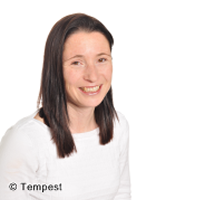 Beth Tidey has been Deputy Headteacher at Beeston Primary School for 9 years and worked within Leeds for 18 years in different leadership roles in a range of schools. She has supported schools to raise standards through a role as a Leading Teacher and then as an Associate School Improvement Consultant, specialising in Literacy, Teaching and Learning, Assessment and Leadership. Beth has supported the Leeds’ Assessment Team and is now a Lead Moderator, responsible for the recruitment and training of KS2 Writing Moderators. Beth is an experienced coach and mentor and is passionate about identifying and developing leaders and improving the performance of staff. She has an expertise in improving teaching, leadership, curriculum development and developing effective learning behaviours, in particular the importance of having a Growth Mindset. 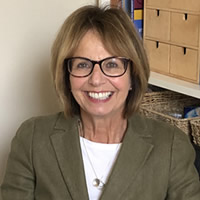 Kathryn Atkins has twenty years of experience of headship in three contrasting Primary schools in Leeds. She has also worked for the local authority as a School Improvement Partner and is currently employed as an associate School Improvement Adviser in Leeds. Kathryn is passionate about developing leaders of the future and facilitates NPQML and NPQH courses for the Yorkshire Leadership Community.

Kathryn’s extensive experience makes her well placed to offer a range of support to schools. She has particular strengths and interests in the areas of self-evaluation and school improvement planning, developing middle and senior leaders and curriculum review. Her experience leading schools in areas of significant deprivation have also fostered a keen interest in the impact of the pupil premium grant. She is currently completing a Masters degree in Education and is researching how self-regulation strategies can have an impact on learning in the classroom. 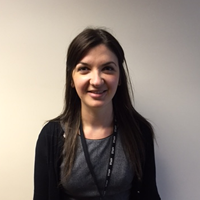 Rebecca White has been a Deputy Headteacher at Beeston Primary School for three years. Beeston Primary School is a large inner-city three form entry school in Leeds. The population of the school is changing and the percentage of EAL and disadvantaged pupils is increasing, as is the mobility in school. Despite the low level on entry data of pupils in Foundation Stage, pupils’ attainment at the end of Key Stage 2 is broadly average.

Before moving to Beeston Primary School Rebecca worked in Wakefield as a SENCo and senior leader. Rebecca has a Masters in SEN and has a keen interest in the social and emotional aspects of learning, focusing on the development of mental health and wellbeing. She has focused on developing the characteristics of learning to improve the learning behaviours of pupils.

Rebecca specialises in assessment, focusing on closing the gap for vulnerable groups and developing leadership strategies to improve the performance of staff, using effective coaching and mentoring strategies. 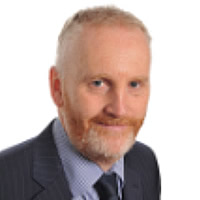 I started my teaching career over 26 years ago in the very centre of Manchester. My first Year 2 class made a great impression on me and I can still remember many of the children I worked with. I was always excited by creating sequences of learning that engaged children. I had no idea or aspiration to become a leader, but other people saw some potential and 8 years later I was appointed as the headteacher.

Prior to my arrival in West Yorkshire, I was employed at Excellence in Cities Manchester (2005—2008). I devised and lead ‘Higher Futures 4 U’, a programme for raising aspirations (including pathways to University and employment sectors), in areas of high deprivation.

I began my second headship at Bowling Park Primary School, Bradford in September 2008. Bowling Park Primary is a large 3 form entry inner city primary school based on two sites which both serve pupils from Nursery to Year 6. The two schools were merged, re-organised and expanded to a 3-form entry school in September 2008. This was due to one of the sites being in Special Measures for nearly 6 years. At the same time, the other site was at risk of being put into measures as its attendance was dire (87%). Children and staff did not buy into the school’s vision and did not believe they could be successful. Since being merged, school was graded as ‘Good’ by Ofsted in February 2013. More recently, school had a very successful Section 8 Ofsted inspection in March 2017:

“You, your leadership team and governors are unwavering in your determination to ensure that every child is nurtured, cared for and inspired to learn. This is the mission and the driving force of the school. Together, you have all been successful in enabling pupils to overcome barriers to learning. You have raised their aspirations and improved their life chances.”

A few months earlier a B11 whole school review noted:

“The shared vision and commitment from all staff at both sites is second to none and worthy of dissemination to others within the education community.”

Read More
This site collects data to provide you with the best possible experience. Indeed, we collect the way you browse the site but only anonymously for analysis purposes. Click here for more information.
OK