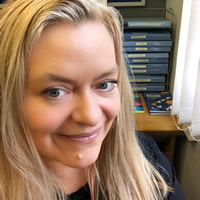 I was appointed to the post of Head Teacher at Tranmere Park Primary School at Easter 2007 after 4 years as Deputy Head. Prior to taking up my role at Tranmere Park, 10 years teaching in South Leeds and Liverpool had given me valuable insights into some exceptionally challenging school perspectives.

A focus on an ambitious vision to raise aspirations and standards at the school brought about Tranmere Park’s first OFSTED grading of the school as ‘outstanding’ in June 2006 and a subsequent inspection in January 2009 also graded the school as ‘outstanding’ in all areas. Outcomes for pupils have continued to rise since that date with achievement in the top 5th percentile nationally and in the top 150 state schools in 2016.

I had previously been employed as Literacy Consultant by Leeds Local Authority working with the School Improvement Team to support schools in challenging circumstances. After taking up my post at Tranmere Park, my school to school support work continued through LLE designation, NCTL Leadership Development School status and finally NLE and National Support School status gained in 2015. During this time I have supported a wide range of schools to improve their outcomes either from ‘Satisfactory’ or ‘Requiring Improvement’ schools to ‘Good’ or ‘Good’ schools who are seeking to improve. I have also worked with 2 schools in an Ofsted category on their school improvement journey.

I was initially a founding partner of the Noctua TSA, a cohort 4 Teaching School, taking over as the lead school with Teaching School/National Support School status in Summer 2016. Noctua TSA continues to grow, working across Leeds and Bradford, with 42 active partners and offering a wide range of CPD and support for schools. 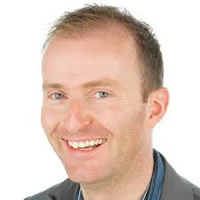 I graduated way back in 1992 from Strathclyde University in Glasgow with a degree in marketing and business. Having not especially enjoyed the world of business, I completed a PGCE in 1996 at York St John University. Four years later, I did a Masters in Primary Education. In 2005, whilst working as a Deputy in Harrogate, I completed the National Professional Qualification for Headship.

My first job was as in a small village school in Warwickshire where I was the first Y5,6 teacher in this expanding primary, a former infant school. Since then, I’ve been a teacher in a variety of different primaries in five different local authorities. I’ve also worked as a primary Maths lecturer in a teacher training institution.

I really enjoy the opportunity to support other teachers, school leaders and schools as a National leader of education and as a pupil premium reviewer. As a teacher, I especially enjoyed English, Maths, Art and PSHE. As a school leader, I still love getting into classrooms and observing, evaluating (and sometimes improving!) what’s going on. I also enjoy the strategic aspects of the role: self-evaluation (including SEF writing) and improvement planning. 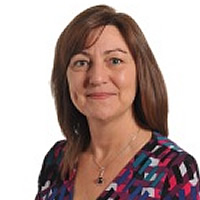 I am originally from Sheffield and moved to Leeds in 1985 to take up my first teaching job in a school in Armley. Since then I have worked in three other schools, all in Leeds. I was appointed Deputy Headteacher of Pudsey Primrose Hill in 1999 and was delighted to be appointed as Headteacher in 2004. I am proud to have been part of this amazing school for so many years.

Areas in our school of which I am most proud include:

• An exciting curriculum which is developed to reflect the particular context of our school and focuses on creating opportunities for children to experience a broad range of learning both within and outside of the school
• Effective use of the outdoor learning environment to support learning.
• The range of extra-curricular clubs and activities available to children in school.
• Extended services led by school, managed by school staff, to flexibly meet the needs of the local community.
• Quality Early Years provision and practice.
• Quality provision for children with a range of Special Educational Needs/ Disabilities.
• A strong focus on Continuing Professional Development for all staff, with a programme of coaching and mentoring to support career development.

For the last 8 years I have been a Lead Headteacher for Initial Teacher Training in a partnership of schools across Leeds and Bradford. It is fabulous to be able to work alongside Headteachers and senior leaders from a wide range of schools to recruit and train new teachers. Working with trainee teachers, seeing them develop over the training year and becoming confident and enthusiastic newly qualified teachers is also a great privilege.

I am a NLE and a Pupil Premium reviewer. Over the past three years I have worked with three schools to support them to on their school improvement journey. As a National Support School, with five Specialist Leaders for Education, Primrose Hill has provided additional school to school support for various schools over the last three years. Specialisms include Maths, English, SEND and Early years. 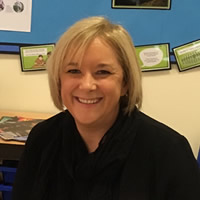 I am an experienced primary teacher and I have been lucky enough to teach from EYFS to Year 6 in various different schools in Leeds.

In my early career, I taught in a school in Seacroft and had the opportunity to develop my leadership skills as a middle leader responsible for Maths, Early Years and Phonics. Ready for my next challenge, I became the Deputy Headteacher in Beeston, South Leeds. After 2 years as Deputy, I completed my NPQH and became the Acting Headteacher where I was responsible for rapidly improving the school.

In 2012, I became the Principal at Park View Primary, and after successfully leading the school to Good with Outstanding Leadership, I began to support other schools and leaders. Because of my success and proven track record of improving schools, in 2016, I became an NLE and worked as an Executive Principal.

Currently, I work as an Education Adviser and a Lead Ofsted inspector. I particularly enjoy supporting schools with Self Evaluation and improvement planning, spending time in classrooms and developing leaders.

I feel so lucky to spend my time in so many different schools and to be part of schools’ journeys to good and better.

Read More
This site collects data to provide you with the best possible experience. Indeed, we collect the way you browse the site but only anonymously for analysis purposes. Click here for more information.
OK